Balázs Kovács: It turned out how flexible and cohesive the Danubius community is

Nyomtatás
„After suffering a 70 percent dramatic drop in 2020, we managed to achieve 40-50 percent revenue growth in 2021 compared to the first pandemic year, but we are still a long way from our 2019 results," the CEO of Danubius Hotels, Vice President of Hungarian Hotel and Restaurant Association summed up.

Following the six months of forced downtime – during which time only Helia in Budapest and Rába in Győr were operating – the 2021 business of the hotels, gradually reopening in May, exceeded preliminary expectations by far. Budapest, in particular, was a pleasant surprise, luring much more visitors than expected between August and November, not only from abroad but also domestically, the CEO of Danubius Hotels noted.

Balázs Kovács welcomed positive consequences of the pandemic which confirmed that Danubius has a cohesive and strong community, and that thanks to the joint workforce management introduced at company level as a result of Covid-19, his colleagues were able to get to know each other much better.

He is proud of the creativity and resilience his team demonstrated in responding to the crisis, as well as their epidemic-inspired innovative products, such as the room office or the food pack home delivery, and that their hotels were among the first to join the system of bubble sports events.

An important part of reducing losses and increasing revenues was the alternative use of high-capacity hotels in the capital. They already recognized as early as 2020, that the market for price-sensitive tourist groups and MICE would not recover for two or three years, so it was decided to lease the Flamenco and Budapest Hotel in the medium term.

Balázs Kovács is confident that Hungaria, currently the only hotel closed, which was operated periodically in the last year, will continuously be kept open from the second quarter of 2022.

They bade farewell to Gellért Hotel on 2 December, which they still operated since its sale in 2019, and handed it over to its new owner, who will transform it into a luxury hotel. Regular guests, representatives of the profession and those interested were all given the opportunity to say goodbye in a six-week campaign during which „we managed to show the strength of the Gellért brand".

The pandemic halted the planned developments as well, only two projects were carried out: an indoor leisure pool was completed in the Bük located hotel and rooms were refurbished in the Aqua in Hévíz.The developments are planned to be relaunched from this year, including the opening of a roof bar on the top of the Hilton in Budavár as a new feature.Balázs Kovács considers the labour shortage to be the greatest challenge, which apparently cannot be solved domestically any longer and – addressing this issue also as the Vice President of HAH (Hungarian Hotel and Restaurant Association) elected last year – emphasised that this is exacerbated if third-country workers are not found, who he believes can and should be reckoned with not only in background areas. Danubius' own example also proved how significant expertise and human quality are in crisis management, he has added.

He looks forward to 2022 with cautious optimism. He argued that business had been going very strong for twelve months in 2019, but that January-March this year appears to be lagging behind as opposed to that so „it is hard to believe that the next three quarters will recover the loss and hotels will achieve the 2019 figures."

As far as he is concerned, he mostly hopes for a predictable 2022 so that people's desire to travel can continue to be satisfied. 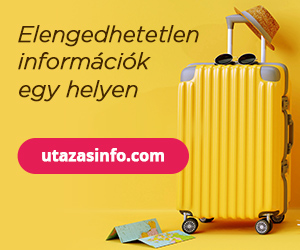